Senate Minority Leader Mitch McConnell (R-KY) called out House Speaker Nancy Pelosi (D-CA) for her attempt to “overturn a state-certified election” in the House and calls out her hypocrisy. 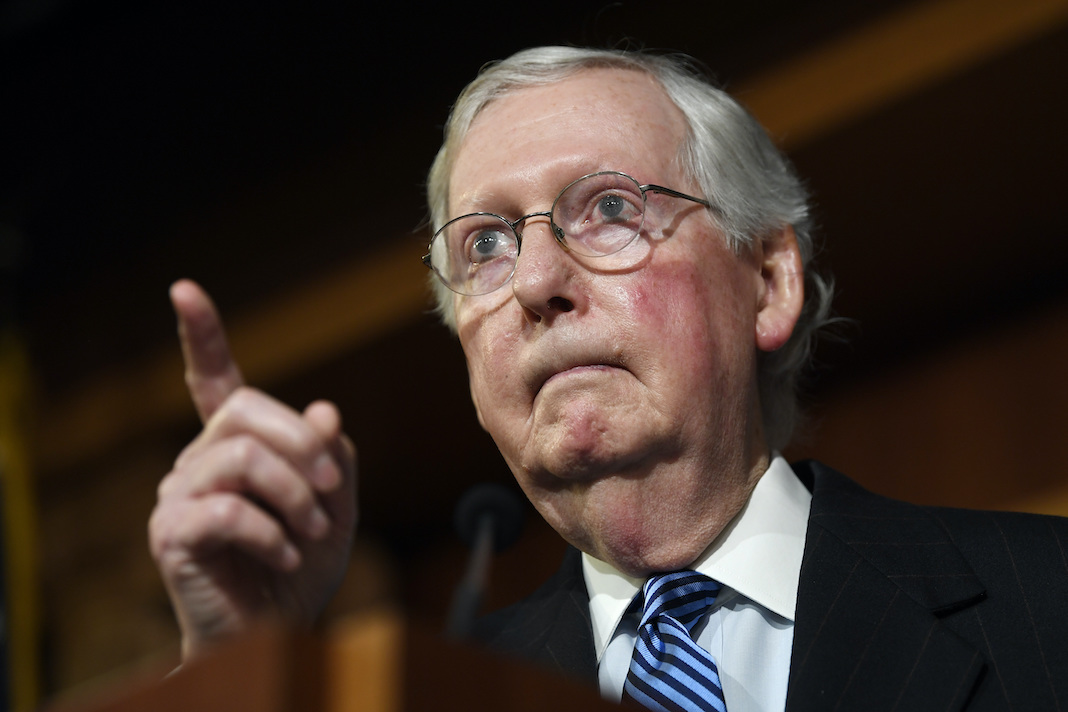 McConnell accused Pelosi of attempting to overturn the election in the House in Iowa’s second congressional district.  Rep. Mariannette Miller-Meeks (R-IA) won that election by six votes and took office this January.  McConnell directed his comments at Democrats attacking a state-certified election result after Republicans received the similar criticisms following the Presidential Election.

“I remember distant days long, long ago, way back through the mists of time, when Democrats said it would be wrong for Washington to overturn a state-certified election result. No, wait a minute. That was two months ago. Two months ago, every Democrat, cable news channel, and every liberal news channel was melting down over some Republicans’ efforts to dispute state-certified election results here in congress. I opposed those efforts myself.  -Mitch McConnell

Pelosi is going against her own words in an attempt to change a valid election result.  Democrats have shown that they will do whatever they can to try and sway election results and many have been accused of fraud in recent election cycles.  Pelosi is the one of the leaders of the hypocrisy laden Democrat party.

Americans should support both McConnell and new Rep. Miller-Meeks for their commitment to the American people.  McConnell will not stand by while legitimate members of government are attacked by Pelosi and her comrades.

Donate to Defend US today if you agree!