President Joe Biden took part in a virtual event with members of the Democrat House Caucus on Wednesday and the White House feed was cut instantly after Biden asked for questions. 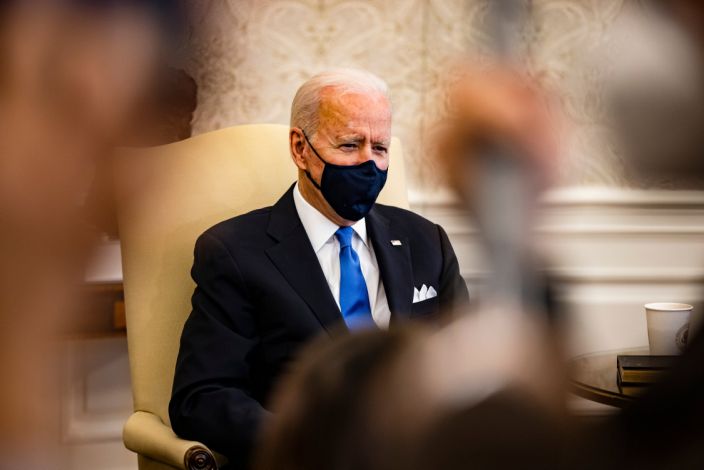 It is no secret that Joe Biden has been hidden from the public eye since the beginning of his campaign.  This is continuing into his Presidency as the White House staff would not allow him to answer questions from members of his own party.  This has led many Americans to wonder when he will address the nation in a press conference format.

CNN Journalist Jake Tapper wrote on twitter that each of the previous 15 presidents hald solo press conferences within 33 days of inauguration, and Biden has not on day 42.  The Biden team is controlling his ability to make contact with the American public and instill confidence in the nation.  This is likely because a public appearance would expose the president’s incompetence.

Joe Biden is afraid to address the nation and is showing he is likely to be an extremely weak president.  He is a puppet for the Democrat party and cannot be trusted to lead the country in the right direction!

Donate to Defend US today if you agree!