​Joe Biden spent his first day in office destroying the hard work of President Trump by signing a stack of executive orders to roll back the Trump administration’s top priorities. 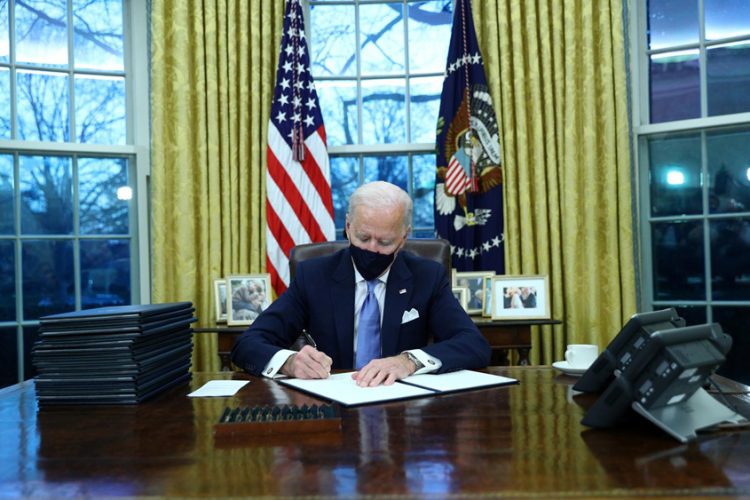 President Biden signed three executive orders in front of the press as he was shown with a stack of over 15 more orders to sign on his first day in office.  These orders included revoking Trump’s travel ban and the permit for the Keystone XL pipeline.  President Biden is showing that he is more willing to support international oil and non-citizens than Americans.

Additionally, Biden ended the national emergency at the US-Mexico border.  This will mean for an end to the construction of the southern border wall by terminating federal funds dedicated to its development.  Biden is also pushing for the Department of Homeland Security and the Department of Justice to promote DACA for the illegal aliens brought into the United States.

Joe Biden called for an end to all of former President Trump’s ‘harmful” regulations in order to buy time for more legislative action.  Biden is showing that he is willing to ignore the support that President Trump gained throughout his presidency, leaving millions of Americans in the rear view.

President Biden is proving he is just a figurehead for the far left Democratic party that has developed since President Trump exposed their lies.  Working American must continue to stand against the Biden team.

If you agree, Donate to Defend US PAC!