President Donald Trump continues to show he is willing to fight for Americans by holding a rally in Dalton, Georgia for Republican Senators Kelly Loeffler and David Perdue. 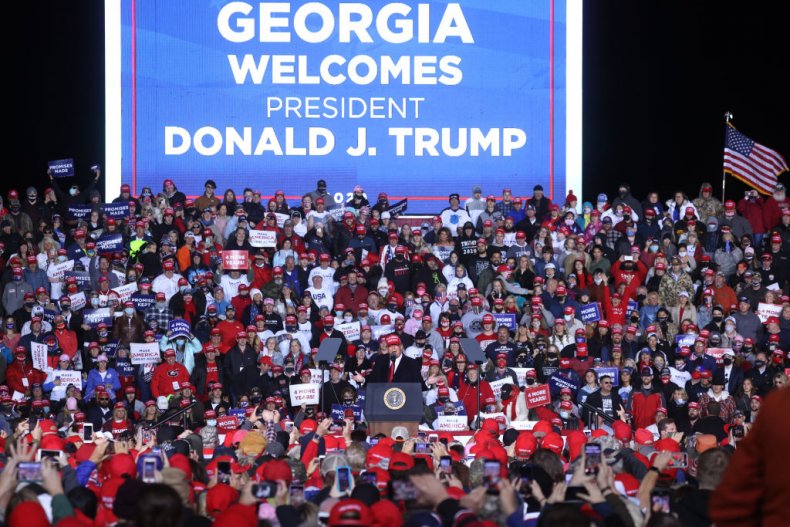 The Georgia runoff elections will determine the control of the U.S. Senate and ultimately determine the lawmaking culture in federal government.  Loeffler and Perdue are warning Americans of the danger that could happen if the Democrats take control of the legislature.  This could include, but is not limited to, the packing of the Supreme Court, allowing illegal immigrants to vote, and many other far-left initiatives.

Donald Trump Jr. also jumped into the fight by urging Georgia Republicans to get out and vote, regardless of the Presidential election in the state.  The Trump team is proving they will continue the fight against the liberal extremists and will not hide during the end of his presidency.

The Georgia elections are crucial to the future of the country over the course of the next 4 years.  When Republicans retain the Senate, they will be able to fight against the tumultuous reign that Joe Biden is planning.  The Biden campaign has promised to destroy all of the positive changes that President Trump and his team have made for the country.

Support President Trump’s efforts to keep Republican control of the U.S. Senate.  These elections are crucial to help Keep America Great and fight for the American that the Trump administration built!

Donate to Defend US today to show your support!