President Trump Commented on the Press’ inability to cover stories that would negatively impact the Biden campaign and went as far to say that there is “suppression by the press.” 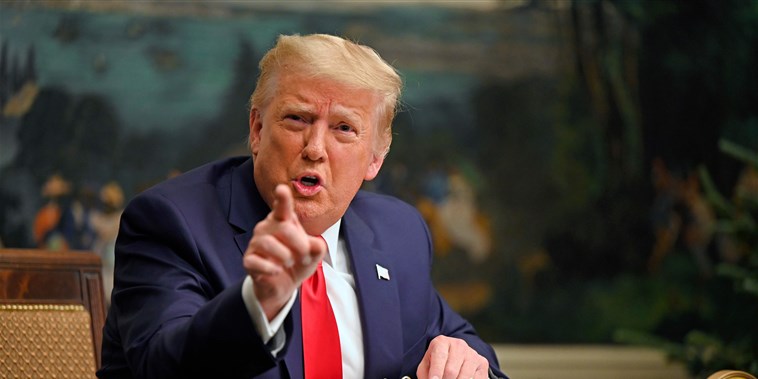 The Trump campaign was constantly forced to dispel “fake news” and other overexaggerated news stories.  Joe Biden managed to stay out of the news simply because liberal outlets and social media platforms ignored his shortcomings.  Sites such as Facebook and Twitter consistently placed negative Trump stories on the front page and ignored many Biden stories.

The Joe Biden team did not have to deal with his corruption, history of alleged sexual assault, or his many mental missteps throughout the 2020 campaign.  These issues did not need to be addressed because the media completely ignored them.  President Trump utilized his massive social media platform to make Americans aware of these issues, but they were instantly suppressed by Twitter and Facebook algorithms.

This suppression points to an overarching issue with the American political landscape.  Democrats are working to control the entire media sector by dumping dirty money into the system.  American citizens are continually being brainwashed by these news outlets and it is leading to a divisiveness around the country that is comparable to Civil War times.

Media suppression can be seen in many forms.  These include the stories that are covered and the under exaggeration of situations that show liberal shortcomings.  It is imperative that the American public does not blindly trust outlets like CNN and fight against “fake news.”