President Trump has continued to campaign and appeal to voters in the battleground states across the country that will inevitably decide the winner of the 2020 election. 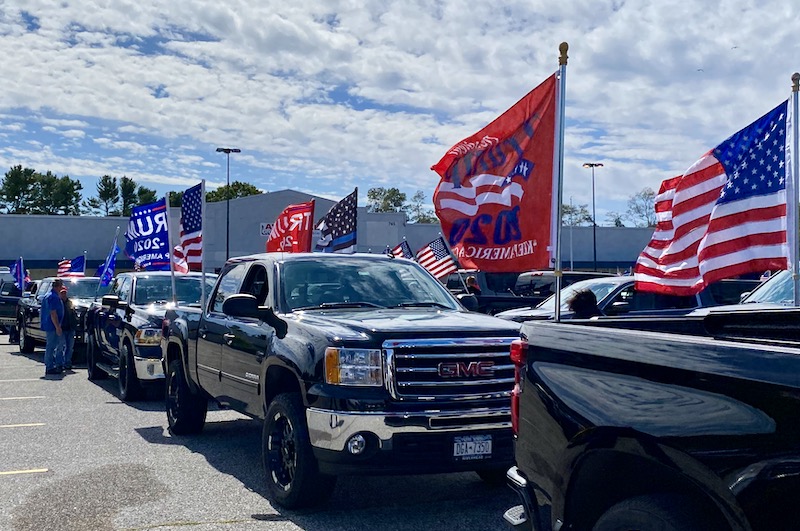 Trump voters in Pennsylvania were recently featured on CBS and highlighted the strengths of the president and his ability to work hard for Americans in all walks of life.  Individuals that were interviewed called Trump a patriot and highlighted his hard work  to make the best version of America possible.  Additionally, they recognized his accomplishments with military and international affairs.

In Ohio, Trump supporters have organized events across the state to show their allegiance to the president.  Multiple car and truck parades have been organized and will take place leading up to the election.  These fall in line with other events such as parades in Eire, PA and a boat rally in the San Francisco area.

Only 46 percent of Biden supporters have claimed they are confident in his ability to run the country, while over two-thirds of Trump supporters are extremely confident.  This is representative of his ability to win over Americans through his first term.  Joe Biden lacks the confidence of the American people and will not be able to successfully lead a prosperous America.

Voters must continue to work hard for President Trump to make sure he is able to continue to lead the American people to success.  Joe Biden has proven he is incompetent and cannot possibly achieve the success of the Trump administration.  Americans will fight for President Trump and believe in his vision, the proof is in his accomplishments and his ability to rally support in unconventional ways.