President Trump announced that he feels there is a need for a drug test of both candidates ahead of the first presidential debate with former Vice President Joe Biden. 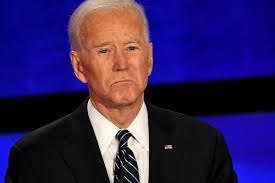 President Trump proved his transparency to the American public by publicly stating he is willing to take a drug test before the presidential debate.  Trump, among many others, have questioned the mental capacity of Democrat candidate Joe Biden.  President Trump said that Joe Biden looked better during the final primary debate than other public speaking appearances.

“He was okay. I mean, he wasn’t great; he wasn’t terrible; he was okay,” Trump said.  Trump then went on to say that many are questioning if he was taking advantage of performance enhancing drugs ahead of this debate.  President Trump is showing that he is willing to show Americans that he is in an appropriate mental state to run the country.

Joe Biden has had many instances in which he has fumbled over his words and made other types of blunders when speaking.  He has repeatedly delayed the debate and was hesitant to schedule before early voting began.  This shows that Joe Biden and his campaign team lacks confidence to put him on stage, leading many Americans to question if he should be leading the country.