President Trump Supporting and Praying for Officers Shot in Louisville

President Donald Trump said he is praying for the two police officers during the violent riots that sparked in reaction to the indictment of the officers connected to the death of Breonna Taylor. 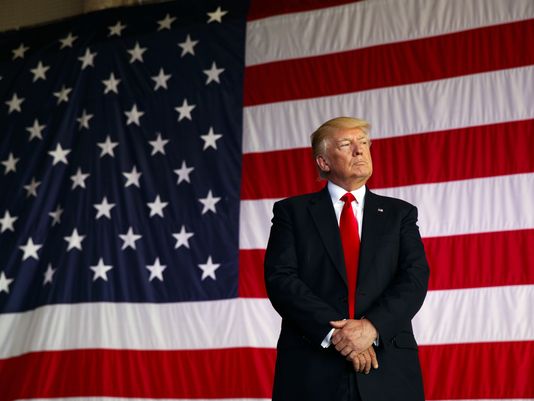 “Praying for the two police officers that were shot tonight in Louisville, Kentucky, The Federal Government stands behind you and is ready to help.”

The officers that were shot are currently being treated and are expected to recover from their gunshot wounds.  One officer required immediate surgery that was successful.  These officers were part of the response to the massive amount of violent rioting across the downtown Louisville area.

The rioting began after the charges against the officers involved were in the death of Breonna Taylor.  The jury decided not to charge the officers for the shooting death of Taylor.  President Trump stated that he will give the support of the federal government if Kentucky Governor Andy Beshear will allow it.

Violent riots have escalated to the point of direct attacks against law enforcement with deadly weapons.  The leaders of these communities need to step up and stop the massive amount of carnage.  President Trump has shown that he will use all of his power to help these areas to save their citizens and their communities.

Donald Trump supports law enforcement and will continue to help the country regain peace in liberal-led metropolitan areas.  The president’s opposition, Joe Biden, will immediately work to defund the police and support the radical groups that cause turmoil across the country.

Donate to Defend US today to pledge your support for President Trump!