President Trump calls Democrats “heartless” after blocked coronavirus aid that included another round of stimulus payments for individuals. 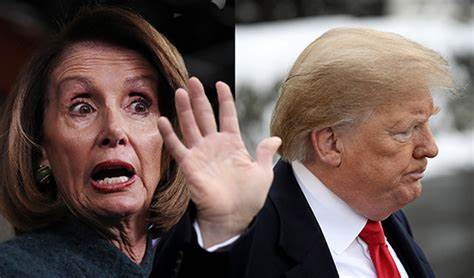 The second round of coronavirus aid has been hotly contested between members of the House and the Senate.  Most recently, Nancy Pelosi blocked a bill that was proposed by more moderate democrats.  President Trump has worked to get a second round of aid to various sectors including education, healthcare, and to individual citizens.

“Democrats are “heartless”. They don’t want to give STIMULUS PAYMENTS to people who desperately need the money, and whose fault it was NOT that the plague came in from China. Go for the much higher numbers, Republicans, it all comes back to the USA anyway (one way or another!).”

House Democrats have proposed a $2.4 trillion bill that is packed full of liberal fluff including targeted bailouts for liberal states.  Negotiations are not moving forward in the Senate either as Democrats unanimously rejected a $300 million bill that targeted the sectors that need it the most.  Pelosi is leading the charge of impossible negotiations and using these as a political play before the upcoming election.

Coronavirus has created incredible challenges for every American and an aid package can help the economy redevelop.  President Trump has worked to bring both sides together and give money to the Americans in need.