President Trump was able to celebrate the signing of the “Abraham Accords,” the peace deal between Israel, Bahrain and the United Arab Emirates that was put together by the United States. 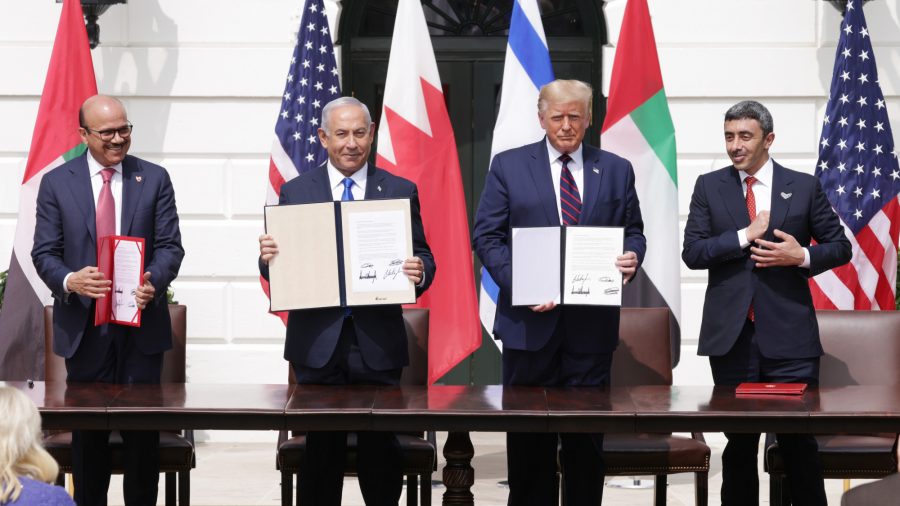 President Trump spoke on the deal saying, “We’re here this afternoon to change the course of history.  After decades of division and conflict, we mark the dawn of a new Middle East.” President Trump is helping to remove the violence in the region and create a peaceful and more lucrative environment for these nations.

This deal will allow Bahrain and the United Arab Emirates to establish embassies in Israel, exchange ambassadors, and create greater trade relations.  This is the first step in the creation of a peaceful zone that promotes lucrative trade in the region.  President Trump is creating strong economic relations for a region that has been subject to violence for many years.

Donald Trump recognized that Israel, a US ally, has been subject to radical and extremist violence by groups across the Middle East.  The creation of peace deals and continued relations will allow the region to achieve stronger economic returns and continued growth.  The president also noted that there are five other countries that are interested in joining this agreement.

The Trump administration understands the importance of peace and economic prosperity across the globe to achieve continued success for American citizens.  This deal will help reduce the cost of Middle Eastern goods and keep the volatility of the region to a minimum.  This is so important as the United States redeveloped the economy after coronavirus shutdowns, and he must be re-elected to keep moving forward!

Donate to Defend US PAC if you believe in President Trump!