President Trump made a commitment to the American people by signing the Great American Outdoors Act on Tuesday morning. 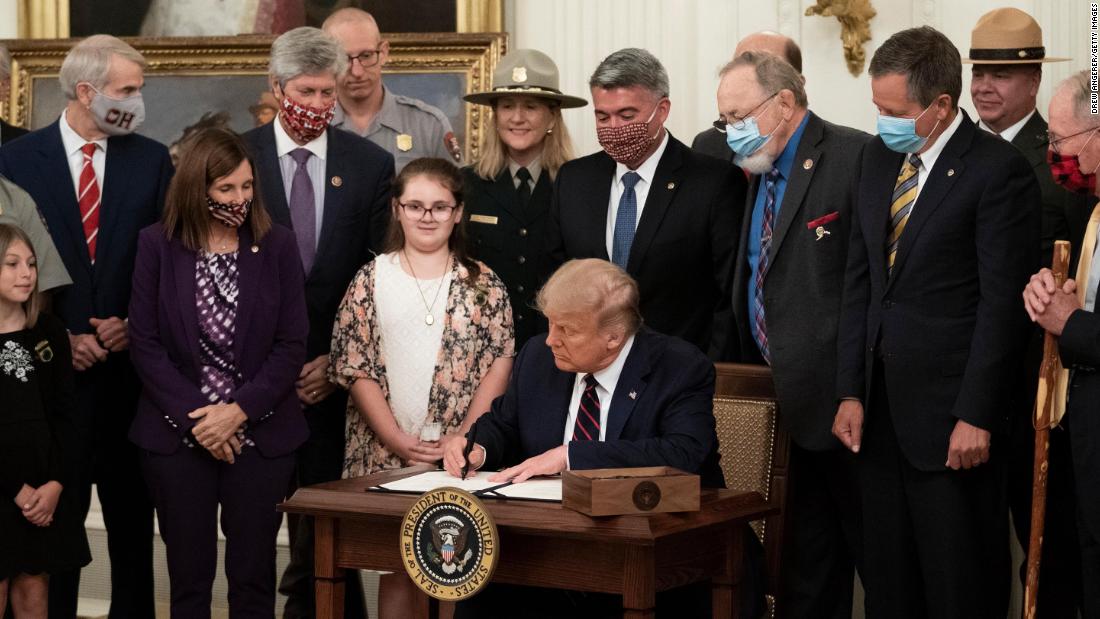 This bipartisan legislation has been acclaimed to be the most significant conservation bill in American history.  President Trump understands the significance and beauty that the nation possesses, and he is showing a commitment to the American public.

Ivanka Trump spoke on the president’s signing of the bill.  “The COVID-19 pandemic has made us value, now more than ever, the national treasure that is our parks and the respite they afford our families, President Trump has secured funding for the next 100 years to preserve our national and public lands and return them to their grandeur.”

President Trump continues to show how he is securing the nation for the next generation of Americans.  This is another step in addition to new trade deals and other pieces of public policy that will help to grow the nation.  The act will also create over 100,000 jobs across the country.  President Trump continues to deliver so many positive impacts to the American people.

The National Parks Service will use these funds across the country to help rebuild and sustain many of the national parks and other areas where wildlife may be struggling.  These parks are a free service for all Americans to enjoy their country, and they will remain beautiful for another century.  The Trump administration has a history of promoting wildlife preservation.  Trump signed an executive order and approved a package in 2019 that helped to preserve outdoor life.

President Trump has proven that he will continue to commit federal resources to the things that help make America great.  Throughout his first term, he has developed many deals and other forms of legislation that ensure prosperity well into the future.

Defend US is on a mission to ensure Trumps re-election in November.
Show your support for President Trump by donating today!