Before the Chinese virus came to the United States, President Trump had lifted the American economy to historic levels. Unemployment was down across the board for all races, and wages were increasing. Then came the invisible enemy, something that no country was prepared to handle. 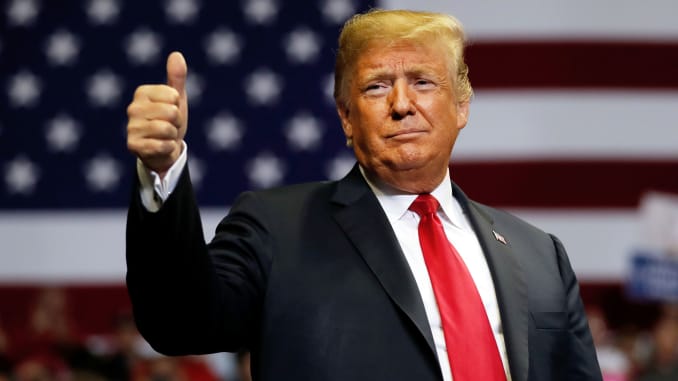 After two months of economic loss, the May jobs report signaled that the economy is starting to come back. While still at a number that no one would ever wish for, the unemployment rate fell to 13.3% in May and payrolls increased as well. It’s a stark contrast to April, where the unemployment rate was at 14.7% and 20 million jobs were lost.

President Trump took heat from those on both sides of the aisle for pushing to reopen the economy too soon. He never backed down, and promised to bring back the economy. The lamestream media continued to shred him for it, but now there is proof he was right all along.

The President gave an address in the Rose Garden Friday following the report. “We’re bringing our jobs back,” said President Trump. “We’re gonna be back there. I think we’re actually going to be back there higher next year than ever before.”

Over 2 million jobs were added in the month of May as employment in all sectors of the economy saw gains. The DOW soared on Friday amid the report, closing in on levels that were seen before the pandemic. With Wall Street gaining confidence in an unprecedented economic recovery, things seem to be only looking up for the American economy.

While Democrats are pushing for a second round of stimulus checks while simultaneously supporting mass gatherings at protests and lockdowns at the same time, President Trump and Republicans are pushing forward with common sense ways to reopen America.

Joe Biden has been against reopening America, and continues to stand by that opinion. If Sleepy Joe is running the show, the economy could be goner. Who do you stand with?

If President Trump has your vote, donate to Defend US!