Mayor Bill de Blasio has always wanted to fit in. Like an awkward pupil who always tried to blend in with the “cool kids” but never had what it takes, de Blasio seems to continually disappoint everyone around him. Hoping to get an ovation for his virtue signaling, the mayor of New York got a brutal reception at a Black Lives Matter Rally in Brooklyn on Thursday. 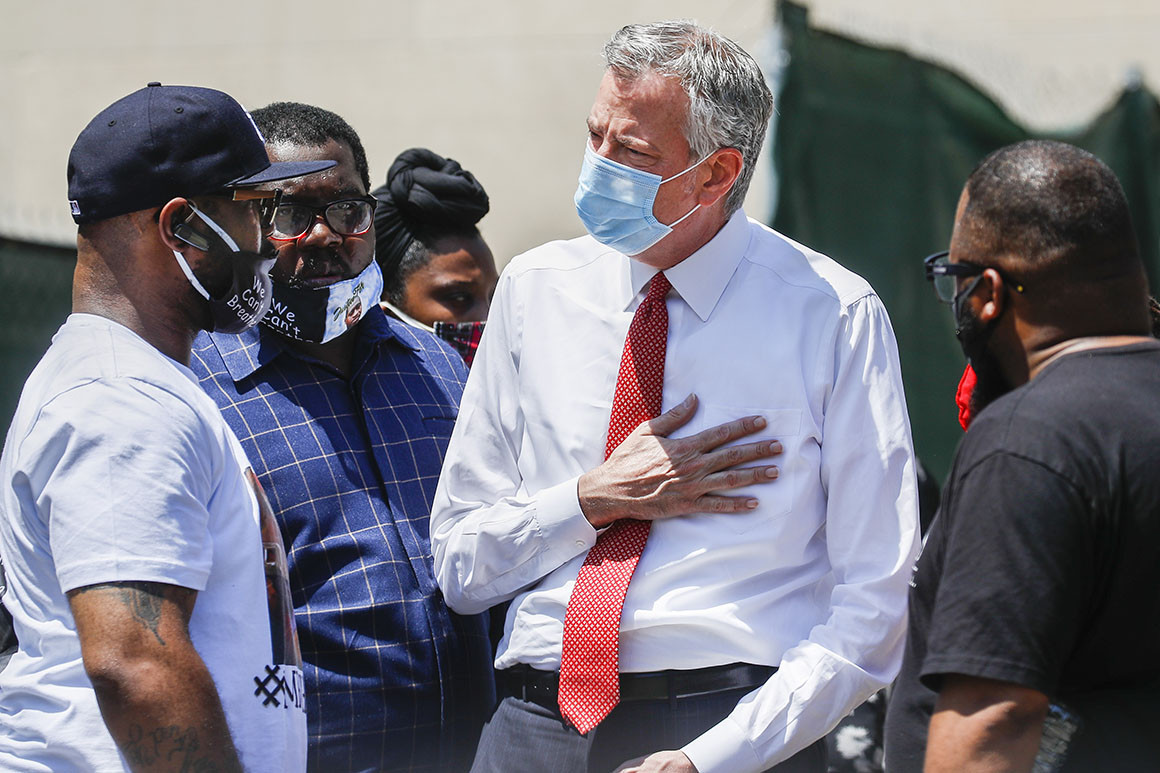 As the mayor took the stage at the rally, he was met with loud cries of boos that nearly drowned out his speech. “It will not be about words in this city, it will be about change,” said Mayor de Blasio. “F— you, de Blasio!” “F— the mayor’s curfew!” “Shut the f— up!” shouted the protesters as many turned their backs.

He eventually walked off the stage in embarrassment after a very short speech. Despite doing everything he could to pander to the protesters by having a weak response to the riots that tore apart his city and led to many injured cops, it still wasn’t enough to prevent the hostile reaction he got from activists.

De Blasio, who has a reputation for not having the backs of the New York Police Department, was put in an awkward situation this past week. While the NYPD were being harmed all across the city, the Mayor’s own daughter was arrested as well.

Seeming to shrug off the fact that his daughter was arrested for unlawful assembly, de Blasio addressed the situation in a cool and casual manner. “She wants to see a better and more peaceful world. She believes a lot of change is needed. I’m proud of her that she cares so much and she was willing to go out there and do something about it.”

Thursday’s act of disrespect by protesters to turn their backs on Mayor de Blasio is yet another example of him being shamed by his own constituents. During his first term as mayor, the NYPD turned their backs on de Blasio during a speech he gave to officers.

Everyone has turned their backs on Mayor Bill de Blasio. He has failed his constituents, the law enforcement, and the entire city of New York. This is what happens when you put liberals in positions of power- they will always disappoint you.

If you are proud to have voted for President Trump in 2016 and plan to again this year, sign up for Defend US updates using the form below!