The White House has a new press secretary. Her name is Kayleigh McEnany. She assumed the role last month, but didn’t start giving briefings until this week. And she made sure to make her presence known to the lamestream media reporters attending the briefings this week. 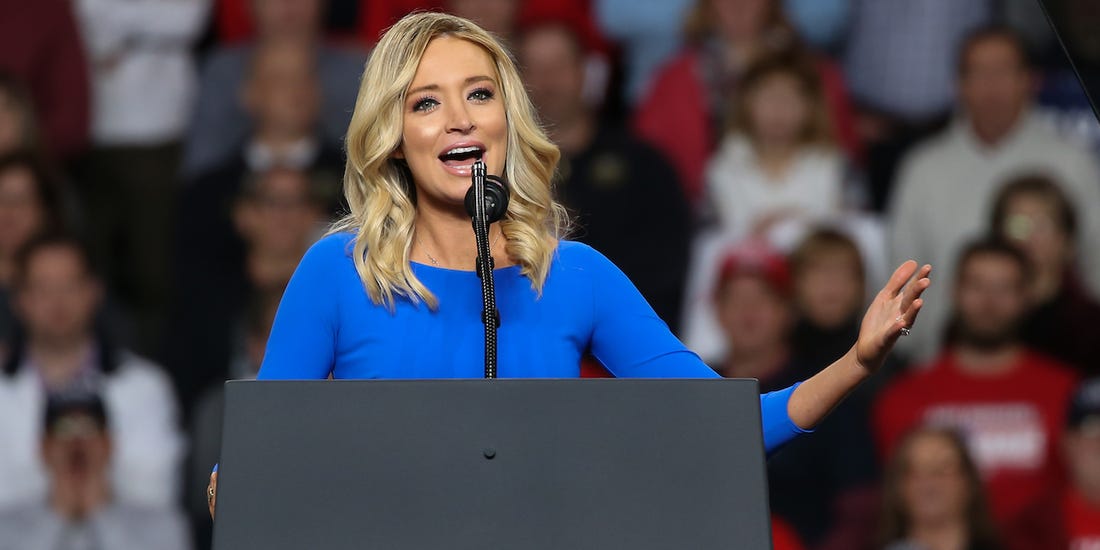 She was pressed by a Reuters reporter on why the Trump administration ‘downplayed’ the threat of the coronavirus early on. Despite all that President Trump did, including a travel ban on China, he is still being asked similar nonsense questions by the media.

She went on, listing The New York Times, NPR, and other news outlets’ history of hypocrisy. She left the reporters stunned, as they had been put in their places for having to confront their endless lists of hypocrisies.

McEnany is the wife of Sean Gilmartin, and the mother of one. She even brought her baby daughter Blake to the podium Monday. “From the podium to Marine One, it is an honor to serve the American people and share the great work of President @realDonaldTrump!” said McEnany in a tweet Monday.

The fake news media took offense to the new press secretary’s bold tone, putting out a hit piece Thursday claiming she “fails” to reframe her previous comments about the coronavirus. Ignoring that they themselves, the Washington Post, were more of a failure by downplaying the coronavirus in the past.

If you are proud of President Trump for selecting Kayleigh McEnany as White House Press Secretary, sign up for Defend US updates today!